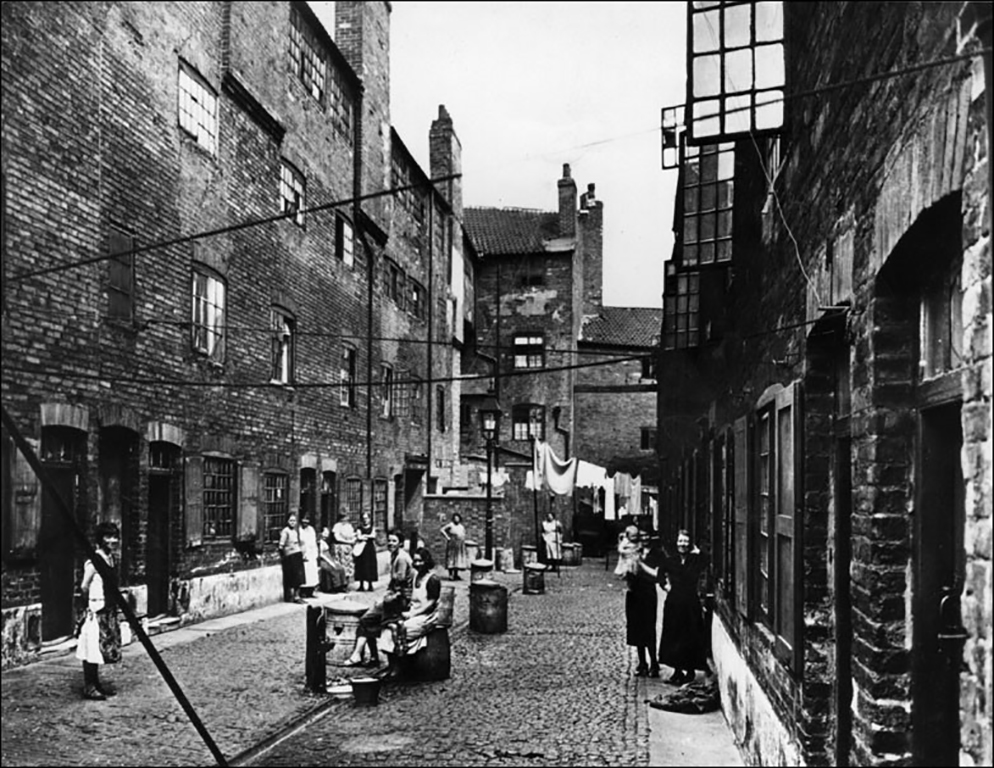 Community in the City Centre

I recently visited Court 15, the excellent Birmingham Conservation Trust & National Trust urban courtyard of preserved back to back Birmingham houses plus out buildings located close to the Hippodrome. I then subsequently read Chris Upton’s well researched book on this subject.

This most common form of urban housing during Victorian times has now been banished by time because of its associated ills of disease, poor sanitation, chronic overcrowding, weak construction and fire risk. Clearly the link to squalor & poverty was obvious. However, in terms of community this intense urban living had some merits which were missed as the occupants were relocated into early Council houses & moved away from the City core.

The merits largely were one of community. Those living there knew their neighbours & often looked out or after them during times of stress. The accommodation was invariably located not far from work was attractive when travel, like today, was expensive and took too long. The accommodation was occupied by families & migrants yet an X factor was clearly lost as society closed the door on the ills  of water borne diseases, the dangerous construction, and the issue of awful sanitation. Slum clearance was the only remedy available.

One hundred on from the banning of this type of building todays new City dwellers clearly have none of the problems, yet the X factor of integral communities is only just being addressed again. It is a subject now being considered by the developers building towers of one & two bedroom apartments across the City. Certain new build blocks especially those being planned &  wholly built by the investment funds, who have an obvious angle on retaining occupants, are now building in facilities being social rooms, special dining rooms, TV rooms, shared workspace and having trained staff, with the aim of building communities within their larger blocks.

The mistakes of suburban Council houses located too far from work but more particularly the Council House sixties tower blocks must not be repeated as we rush into the next phase of large scale inner-City redevelopments within this City. This is now of individuals sitting comfortably in apartments yet of having no sense of community, not knowing their immediate neighbours & consequently having too many meals alone. I am not asking for big family flats to encourage inclusivity, because there clearly is not the demand, or communal wash days for residents to meet each other. I am also not asking for forced alcoholism induced by too many nights in nearby bars with one’s fellow block occupants but there is a general overall need to build community back into the City & importantly helping give these revitalised inner City locations a sense of pride in the process.

Resident groups are clearly one route but many blocks have yet to have put these in place. Neighbourhood networking groups are another. The Jewellery Quarter as an area has pushed this further. Helped by the local Business Improvement District team support has been given to local lectures concerts and street plays, aimed at bringing knowledge and interaction with the new residents plus the wider community.  The managing director of Marketing Derby recently flagged that the regeneration of Cities was being sucked into the wormhole of the mechanics of investment and development, that of land assembly & planning, and actually losing sight of the needs of the future occupants. How buildings meet on the ground is far more important than how they meet in the sky!

Are we going to see a rebalance of emphasis away from massing scale & form towards one of street vibrancy, looking at individuals as citizens rather than a whitewash of professional type? Going forward regeneration is undoubtedly going to be aimed at the need to create places rather than efficient but sterile architecture. The City has to become a lot more interesting & build local communities who care about where they live.

Watch this space but community could become the new byword for modern urban living!!